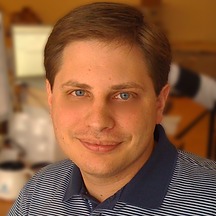 Louis Marascio is an entrepreneur, market hacker, and trouble maker. He's also a husband and father, and occasionally, Louis writes a bit of code.

Louis Marascio is an entrepreneur and team leader with a solid track record and proven ability to innovate, deliver, and adapt.

Founder and CEO at LugIron Software

Member of the Industry Advisory Board in the Department of Computer Information Systems and Quantitative Methods at Texas State University.

Director of Engineering at Cisco Systems

Responsible for design and implementation for the Cisco Unified Application Environment, a development and runtime platform for Cisco Unified Communications Solutions. My work at Cisco is a direct continuation of my work at Metreos, which was acquired by Cisco.

Founder and CTO at Metreos

Metreos created one of the first integrated development and runtime platforms for unified communications applications. I co-founded the company and was responsible for the design, architecture, and implementation of the Metreos product line and played a significant role in selling and supporting large customers. Metreos raised $4 million in venture capital and was acquired by Cisco in June 2006 for $28 million.

IT Systems Engineer at Trilogy Software

Founder and CEO at Tariten Trading